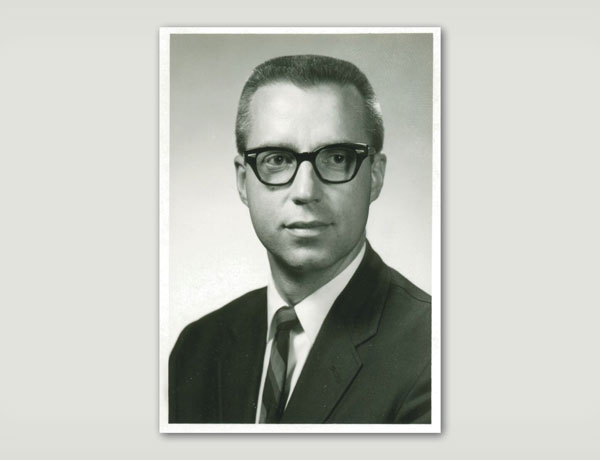 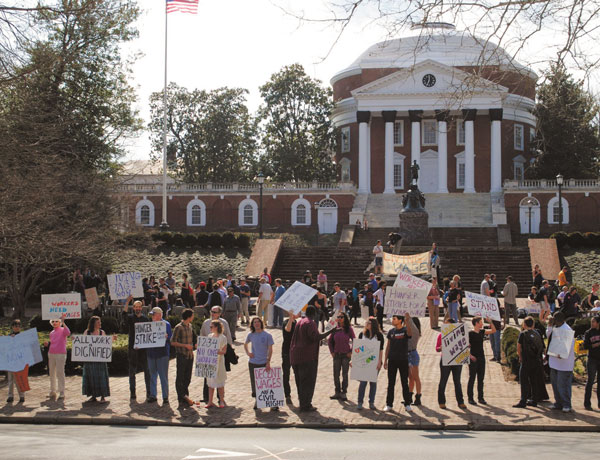 The decadeslong battle for a living wage reached a crescendo in 2012, when 26 students went on a hunger strike.

The Supreme Court scholar lived a full life with a “perpetual twinkle in his eye.”

The story behind the mediocre band that prepped the stars of Pavement and Silver Jews for success.

Decades of musings and drawings adorn Alderman carrels. How UVA is making sure some of it survives.

The unique space on Grounds wasn’t always so beloved.

Before her fame, O'Keeffe spent several summers at UVA, with notable results.

Take a look back at the McGuffey ash, which loomed large over Pavilion IX for over a century.

Learn how the gardens of Grounds have changed—and stayed the same—from Jefferson’s original plans.

Thomas Jefferson was a visionary leader--and a meticulous construction manager.

Jefferson’s University of Virginia was to be a modern, secular, science-centered university taught by scholars of distinction, with the students expected largely to govern themselves.

Through architecture, Jefferson hoped students would gain a sense of design, order and beauty.

Coy Barefoot (Grad '97) recounts how the University had to overcome determined opposition to come into existence.

The Magazine kicks off its series of retrospective pieces commemorating the UVA Bicentennial with a look back at Jefferson's dreams for his University’s future.

The Aviator was crafted to recognize UVA alum and French Air Service pilot James McConnell, whose plane went down in France in 1917. But it’s not your typical WWI memorial.

In a series of experiments in a lab on Grounds in 1977, pharmacology professor Alfred G. Gilman made a breakthrough that won him a Nobel Prize.

Tour of some of the mysterious, historic—and empty—properties owned by the University.

All the wins in ’Hooville