Surprise comings and goings at Madison Hall include the sacking of the University counsel.

It is one of just 52 cancer centers in the nation to earn Comprehensive Cancer Center Designation.

The Emmet-Ivy Corridor, a parcel of land larger than the Lawn, will bridge Central and North Grounds and the Athletic Precinct, and become the University’s new geographic center.

A series of Board-approved actions seeks to reclaim the historic landscape and the higher ground on civil discourse.

President Ryan applauds the efforts of people in the UVA community who have contributed good things in a tough year.

Despite pandemic-related financial losses for the University, tuition will not rise for the next academic year.

Final Exercises return to the Lawn—with some caveats.

Hadley, a Tar Heel and Rhodes Scholar, leaves Wash U. to succeed Lampkin.

UVA appoints a new group to reassess names and memorials on Grounds and another to reaffirm free speech principles.

Amid the fervor of the Great War, UVA rid itself of a journalism school, and the pacifist it rode in on.

A few factors likely contributed to surging rates across all schools and from students of diverse backgrounds.

Students return for another unusual semester on Grounds, marked by limited group sizes and regular testing, even as in-person classes continue.

President Ryan shares how the challenging times of Covid are making the University stronger.

Second semester same as the first under updated COVID plan. 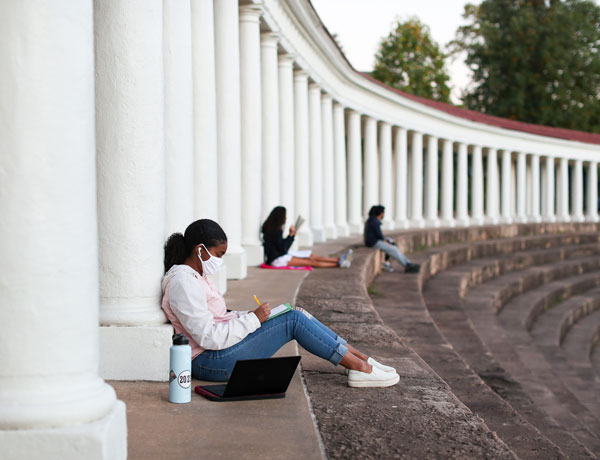 We mapped alumni views of UVA across a 50-year span of class years. From Jefferson to Honor to left vs. right, the results are more complex and contoured than what you might expect.